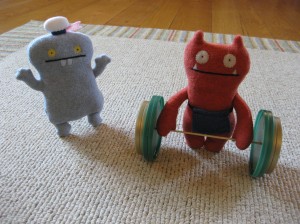 I personally believe that a big reason many people fail to maintain a regular program of exercise is that they are trying to go it alone. This chart from the U.S. Department of Labor shows that more than 50% of men and women exercise solo (source). When men exercise with others, it tends to be more often with friends (e.g., I bet it’s team sports). Women, on the other hand, tend to exercise more with family.

Research has shown that the “buddy system” helps people stick with an exercise program. There is something about the social dynamic of exercising with one or more friends that really helps you succeed in your quest for fitness. When you agree to work out regularly with a friend, it could be that you now feel a sense of commitment and know that you will be letting your friend down if you don’t show up for a workout. Or, it could be that the simple affirmation and support from a like-minded friend makes it easier to stay on the health and fitness path. It doesn’t really matter if it works! 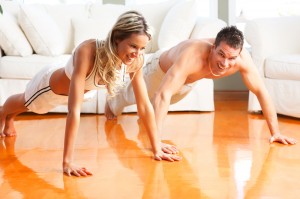 I have personally experienced this. I do enjoy some of my time alone to exercise. For example, I need the recharge that I get from trail running alone on the weekend. It gives me some much-needed alone time to be out in the fresh air, running through the forest, and letting the jumbled thoughts in my head bounce around and resort themselves into a new plan of action by the time I’m done. I’m not sure why it works so well, but it does. But, I have also found that doing CrossFit and weight lifting with my wife and friends has pushed me harder than I would probably push myself. Research has shown that athletes can be pushed beyond their normal limits of performance when they are competing against someone that is just a little bit faster than they are (or even believe that they are). There are many times when I feel like I’m at the edge of my limits during a metcon, but the support and competitive pressure from my fellow athletes can take me just beyond that line and make me hit new personal records. 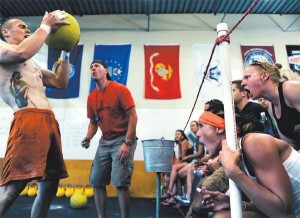 Another benefit of having training partners is that we motivate each other to show up, and just showing up is half the battle of making yourself exercise regularly (right?). There are mornings that I don’t want to get up early and go, but my wife convinces me to do it. And there are mornings when she doesn’t want to go, but I persuade her to get up and go with me. It has even worked for others in our CrossFit box. One guy, who has been really erratic with his attendance, started showing up every day. We just recently started pairing up and lifting together, and I’ve been encouraging him to lift heavier and go harder on his metcons. I asked him why he was showing up more regularly and he said; “I keep coming every day because I know that you are going to give me shit if I don’t show up.” Hey, whatever it takes. 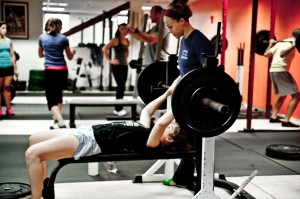 Don’t have a human friend? Then walk a dog! Research from the University of Missouri found that people who walk dogs are more consistent about regular exercise and show more improvement in fitness than people who walk with a human companion.

Some stats (still looking for sources of the original studies): 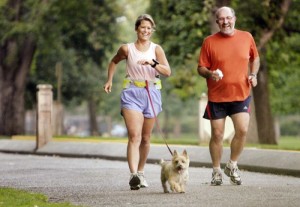