I just read this article a couple of days ago and it compelled me to share some thoughts.

Why Adding Weight to the Bar Is the Whole Damned Point

How was it possible that grown-assed men who have been doing CrossFit for over three years were struggling to squat sets of five reps with a barbell loaded at only 155lbs?

I’ve seen this too. People who have been doing CrossFit for years, but don’t seem to be getting stronger or faster. This often happens for a couple of obvious reasons:

Yes, I do CrossFit and I must give it credit for introducing me to powerlifting and olympic lifts. If not for CF, I probably would still be doing half-assed lifting and running on the weekend and would still be overweight and weak. It did push me to try lifts that I would never have dared to on my own (e.g., the Snatch).

BUT, I don’t only do CrossFit. CrossFit is not enough, if you want to seriously add muscle and strength. Personally, I also don’t think it is enough if you ever want to compete in any serious running event. In addition to CrossFit metcons, I have followed a regular Wendler 5/3/1 program on my major lifts (e.g., Squat, Deadlift, Press, Overhead Squat, Push Press, etc.). There are also a few other lifts that I work on, just not on a regular basis (e.g., Snatch, Clean & Jerk). I do love trail running, so I do that on the weekends too. Usually a 4-5 mile run. In the last couple of years I’ve been doing some 10K races and the Tough Mudder. I’ve found that CrossFit isn’t enough to prepare me for runs like that, so I added my own mix of trail running and hill sprints to train.

So, what’s my point? I guess my point is that if you are just interested in being active and more fit, then just doing CrossFit metcons might be fine for you. But, if you want to seriously get stronger, you must incorporate a regular weightlifting program. Find a trainer who believes in that and provides the programming or do it yourself. At some point, you have to take responsibility for your training and progress, and you do have to push yourself hard to get stronger. Just putting in the reps with the same weight every week isn’t going to cut it. 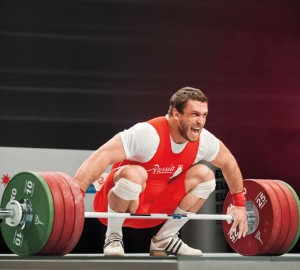